In a special session, the Chamber of Deputies of the Nation gave half sanction to the bill that establishes a solidarity and extraordinary contribution that reaches people with an equity greater than AR$ 200 million in order to allocate these funds to mitigate the effects of the pandemic. Now the bill is being discussed in the Senate for its final approval.

How the tax base is calculated

The rates range between 2% and 5.25% depending on the amount and location of the assets and will be calculated as follows. 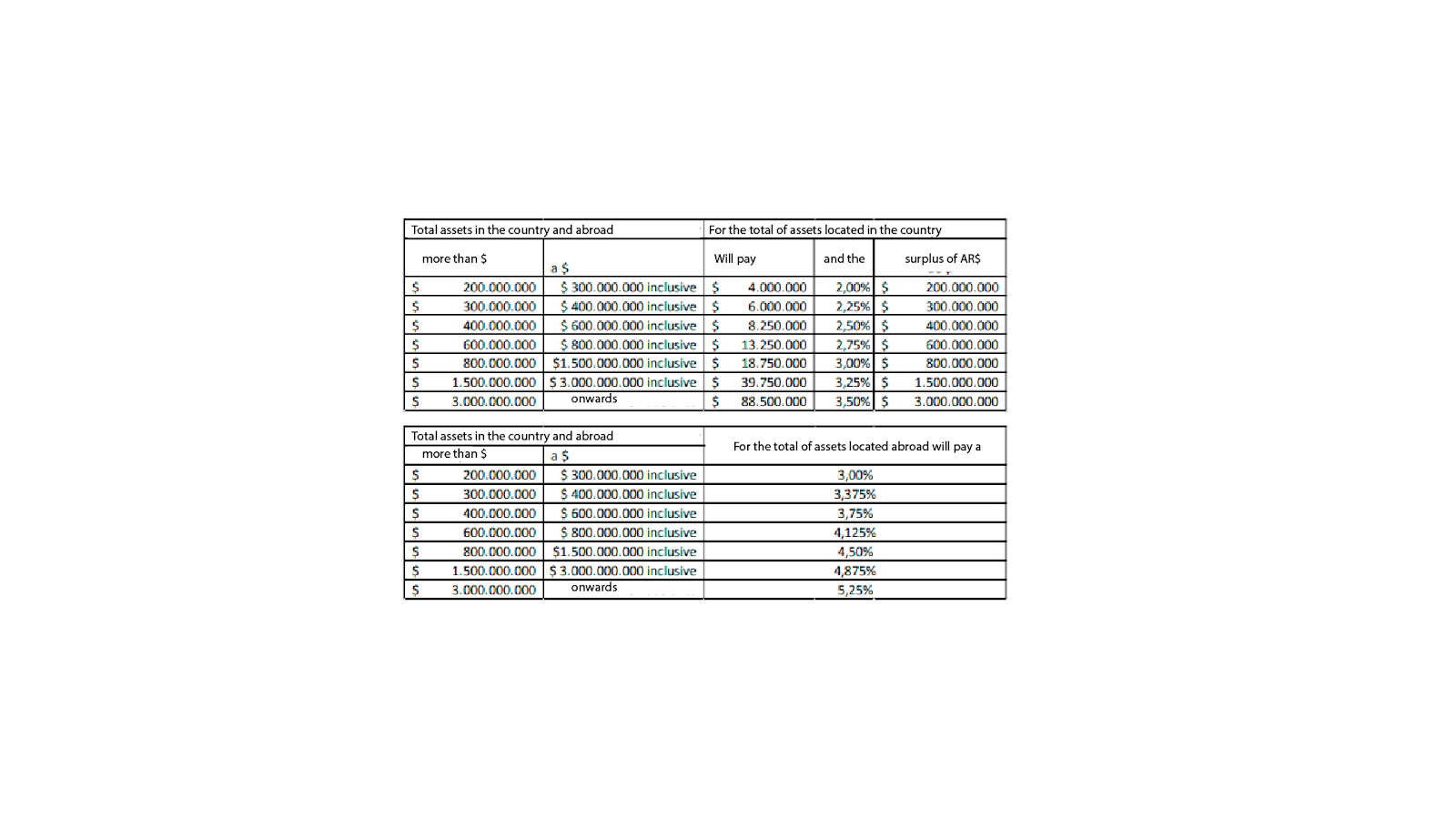 The proceeds from the extraordinary contribution established in the Bill will be used for:

We invite you to join our monthly newsletter